Moral freedom and the misanthropic bias in Randian ethics

In an interview, Ayn Rand was asked: "What is the meaning of life?" She said the question wasn't answerable in universal terms, and that it would be wrong to tell other people what the meaning or purpose of their lives is.  Her answer captures what I think is one of the best things about Rand's ethics, which is her understanding of freedom; her acceptance of the diversity of people's decisions, but within a clearly objective moral framework. I will argue that taking seriously the idea of freedom in ethics is not compatible with 'egoism' as Rand saw it, and that the Randian preoccupation with selfishness is either part of a 'negative' ethics that only refutes others and lacks positive proposals of its own, or a mistaken ethics that undervalues human beings as such.


Liberty, not selfishness
Rand attacked conventional morality for its altruism. But the problem isn't so much altruism as authoritarianism in ethics.

The one is a general idea that it's good to help people. Rand is said to have used the word in a strictly Comtean sense, which means the idea that helping others is the ultimate purpose of man's life. I don't see that calling something the 'purpose' of life is much different (in its practical implications) from the general idea that it's good to do that thing. It might alter our conception of why certain actions are good. But in any case, most people today who say they support altruism don't mean this. They just mean it's good to help people. 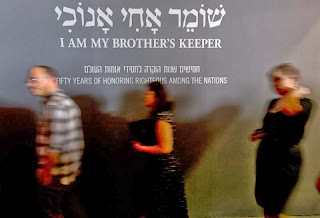 The other, authoritarianism, refers to all the pronouncements that x person should give up y thing to help z other person – for example a parent ordering a child to share his toys. This is not, though some people might think it is, the right way to approach or encourage beneficence. A beneficent act is intended to help someone. But it doesn't necessarily succeed – it depends on the knowledge of the people involved. For this reason, people should focus their efforts on helping those who are close to them. Family, friends, colleagues, neighbours, etc. Another implication is that it's hard to help other people. It's hard both to create resources and to know how to use them in a way that genuinely helps others. A rich man could send his money to Africa, have it fall into the wrong hands and be completely wasted.

Because the success of altruism is so dependent on knowledge,  it is wrong to think of any particular act as a moral obligation – which is a more universal concept that should be reserved for negative obligations. If I tell someone, "You should do x beneficent act," I am making multiple presumptions about his and the benefactor's states of knowledge. If they're wrong, the action I suppose to be an obligation might not even be praiseworthy. So particular altruistic acts can't have the character of (universal) moral obligations, any more than reading my favourite book is a moral obligation for everyone. I also can't order people to do these things, as this, again, is an arrogant presumption about their knowledge and the best use of their time. It is also parochial. It assumes that the value of certain knowledge can only be obtained in a particular place that I happen to know about. Lots of parents make this mistake when they decide all kids should learn to play an instrument or learn a language, and so pressure their children into doing these things. Or others who think that all students should have part time jobs, or that all citizens should serve in the army.

Parochial ethics that favour some kinds of knowledge over others, and make presumptions about what knowledge others possess, is the proper target for criticism. Rand has an important point to make about moral freedom, but its importance isn't limited to the question of egoism vs altruism and shouldn't be framed as such.

Why we praise altruism
In fact, the claim that everything a person does must be in his rational self-interest, which implies that he must be the beneficiary of all of his actions, at some points threatens the very coherence of Rand's ethics. In the Virtue of Selfishness she gives a counterintuitive example of a selfish action: a man's decision to save the life of a woman he loves. The man is the beneficiary of this action, Rand argues, because life is not worth living to the man without that woman. Another example given is of someone risking his life to try and escape from prison.

Realistically, neither of these cases would involve the agent saying life is not worth living – that it has no value – without the thing the agent is trying to save. If this were the case, the first man would commit suicide if the woman died before he could save her – as would the second, if he found no way to escape from prison and gave up trying. Yet no rational person would kill himself under these circumstances. Hence life is still worth living; it's just that one can decide sometimes that a certain thing is worth more than continuing to live. If values are objective, it follows that my values don't have to refer to the sphere of my own life (otherwise it's not clear in what sense values are objective at all), and therefore I don't have to be the beneficiary of all of my actions. I also have preferences about what happens after my own death, and it's right that I do.

Altruistic acts are thought to be especially praiseworthy when they have that same characteristic, looking beyond the needs of the moment – as when we help others without expecting reciprocation, perhaps without the satisfaction of seeing the result, and perhaps in lieu of fulfilling some more immediate wish. We praise these actions more than 'selfish' ones because they require a degree of moral sophistication that selfish actions don't require. Of course there is also the idea that if an action is sacrificial, that necessarily makes it more praiseworthy. My guess is that sometimes these actions aren't so much sacrificial as altruistic in the above-mentioned sense, and sometimes, as a sentimental ideal, sacrifice leads people to make bad decisions.

Disregarding the latter cases, it's right that these actions receive more praise than most selfish actions. The point of morality is to help us make better decisions than the ones we initially want to make, and this very often involves acting against prima facie self interest. It's not easy to know the best way to achieve specific goals, and in this sense it's not easy to be a 'rational egoist' – but this confuses contingent, practical matters with general moral truths. And as for prima facie self-interest, I don't need morality to tell me to follow it any more than I need morality to tell me to eat when I'm hungry.

It's easy to be selfish. On the other hand, it's not always easy to empathize with others, to be kind in the face of conflict, to maintain an altruistic concern beyond desires of the immediate moment. And it is still less easy when the other person is a stranger. But I think we have to maintain these standards in some way,  if we are to take seriously the inherent value of people. A moral code that doesn't explain the virtue of altruism is incomplete, and a moral code that goes out of its way to attack it is misanthropic.


Edit: Here is a response to this post which I haven't yet got around to replying to.
Posted by liberty at 06:52